Is Your Brand Addressing Them Properly?

We get it. The past few weeks have made us feel like, sometimes, the world is on pause. However, the marketing and advertising world never stops. We’re navigating this as efficiently as possible for our partners and their customers.

It comes as no surprise that while consumers spend the majority of their days in their homes, more content is being consumed than ever. After all, what else is there to do?

Our hardworking media team put together the graphic below that depicts which media different generations are gravitating toward more and more. 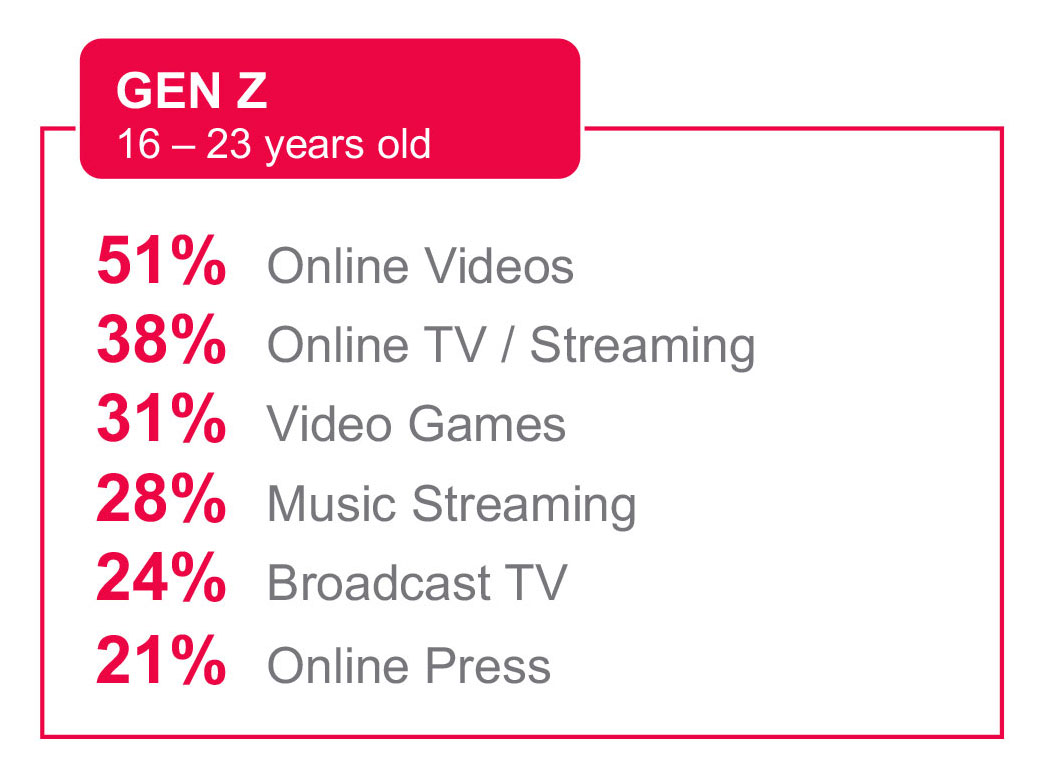 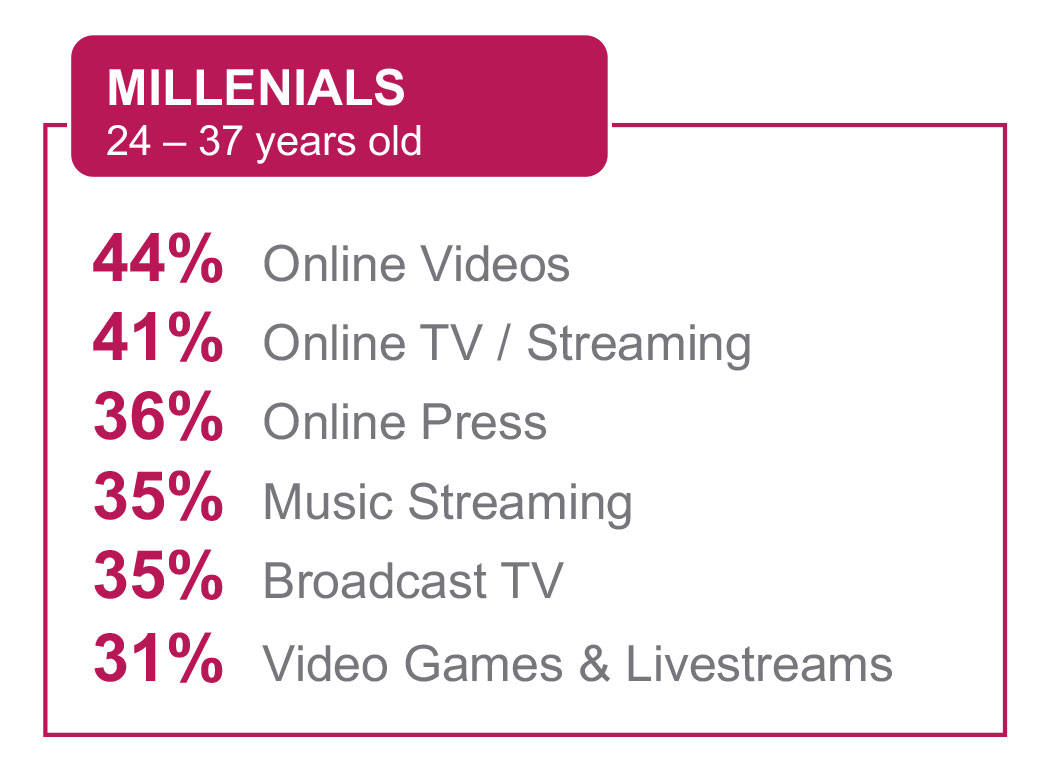 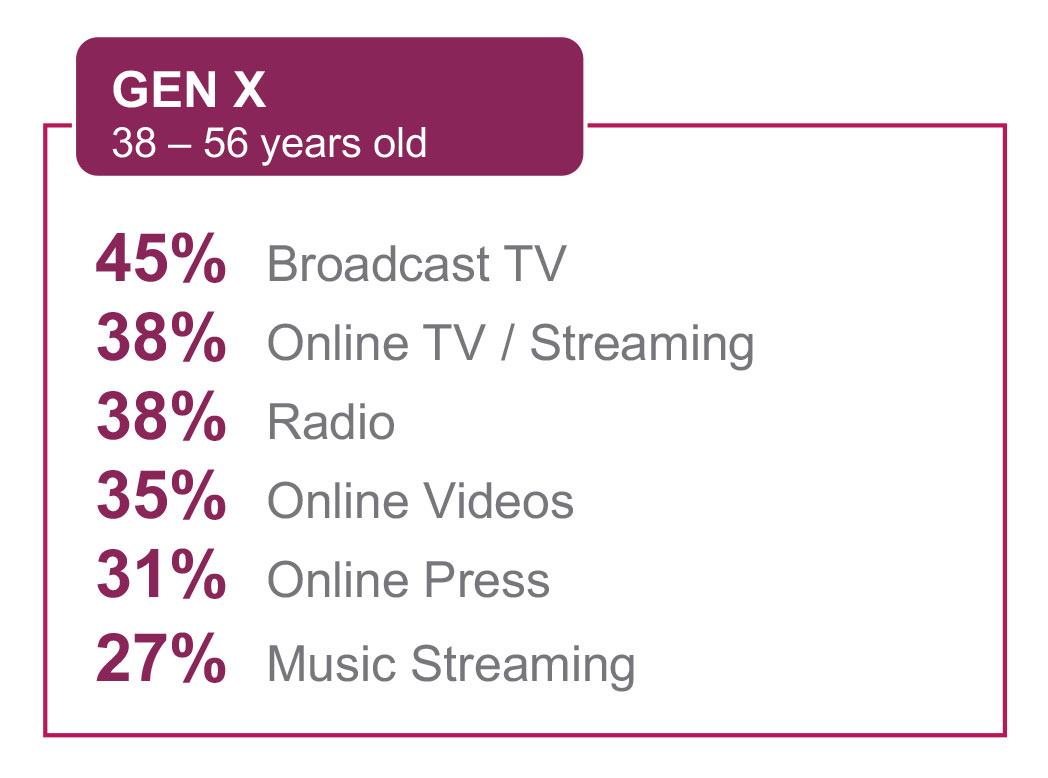 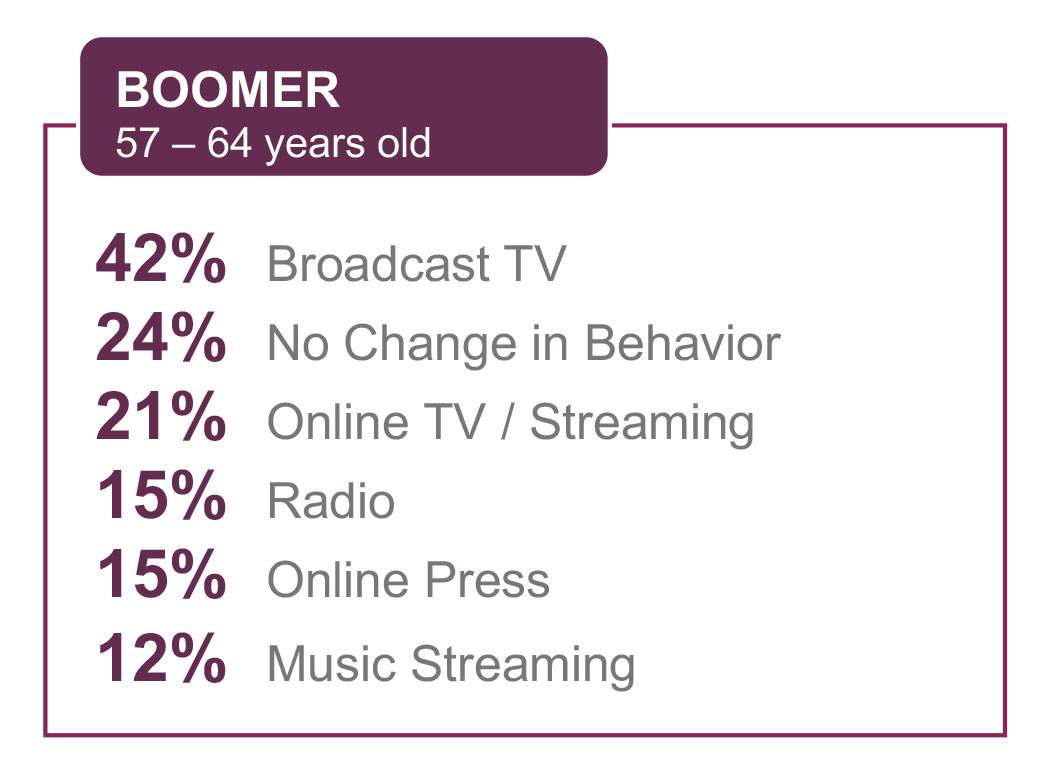 Those are numbers that simply cannot be ignored. Content consumption habits weren’t the only thing to change. Buying habits have also changed for one particular reason: they had to!

This global pandemic will forever impact how consumers purchase. Ordering online for delivery or pickup has become the norm. Also, with all the content consumers are viewing, they’re noticing which companies are doing their part to fight the virus. Brand building and philanthropy have become just as important as the products and services a business offers.

Click on the drop-downs below to see how the generations of consumers are changing and how to best appeal to them.

Boomers, to no fault of their own, are the most reluctant generation when it comes to online ordering. COVID-19 has changed that in a hurry. There comes a catch, though. For years, all Boomers have heard about when it comes to buying online is how easy it is and how fast everything happens. So, they go to place their first online order only to find out shipping takes 6 days!

Companies must cater to Boomers’ needs. Be understanding and patient. For many of them, this is very new. Make everything as easy as possible. Be sure to have learning resources (Live Chat, FAQs, help articles, and more) easily accessible.

Gen X may be the most interesting case during the coronavirus pandemic. They’re likely on double or even triple duty when it comes to caring for their elderly parents, themselves, and children of their own. With all the chaos going on, many experts predict a lot of change for Gen X.

Some will completely reevaluate their careers and think “is this really how I want to spend the next 10 years?” Some will be forced to alter their career paths because their jobs may no longer be necessary. This doesn’t necessarily mean Gen X will make a faster push towards retirement. Instead, they’re eager to learn and ready for change.

Be upfront with them. Portray the fact that your company is in it for the long haul and will do whatever it takes to best serve your customers.

While other generations are adapting, millennials are kind of stuck in the middle of this whole thing. For the most part, most millennials have chosen their career paths after going through their choice of education. It’s certainly not impossible to change paths, but it’s much harder for this age range.

Millennials have thousands upon thousands of dollars in debt – stemming from student loans, mortgages, car payments, and more. The simplest way to gain their trust? Deals, discounts, promotions, and specials; anything that can help them save a buck (or 20).

While other generations have gone through World War II, the “dot com” boom, 9/11, and the Great Recession of 2007-08, this is the first major world event that Generation Z is navigating through. They have almost instantly seen their entire lives flipped upside down.

The large majority of Gen Z remains in some type of education. They’re upset that some events like proms and graduations – which may seem like the most important thing in the world to them – are canceled, but they do also realize the bigger picture. How is the education system going to evolve from the pandemic? Unfortunately, a big portion of Gen Z has seen their parents and other family members laid off. Many will reevaluate their schooling and perhaps choose to go down a different path.

That doesn’t necessarily mean they won’t be qualified or have a lot of money for the economy. A good strategy to appeal to Gen Z is to be honest because they aren’t the same impressionable teens from 40 years ago. They’ve had tons of knowledge at their disposal since birth and will be actively looking toward the future.

Jay Marketing and Communications is here to help. Please reach out if you have any questions or would like help navigating these uncertain times! 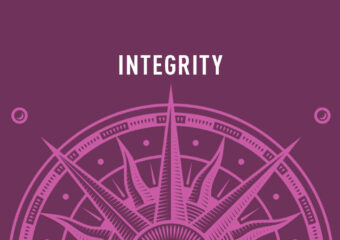 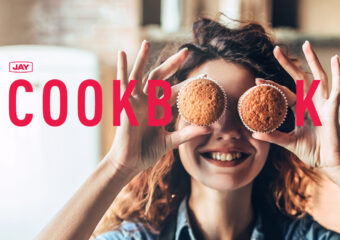 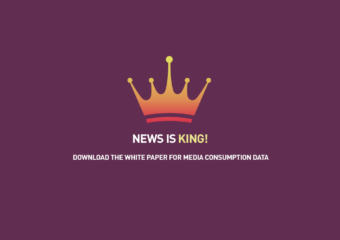