Vegetables are a major part of the Wegmans brand mission of helping families live better, healthier lives through food. As the sponsor of the free Lou Gramm concert at the Rochester International Jazz Festival, Wegmans asked JAY’s event planning team to come up with a compelling way to connect with festivalgoers through vegetables.

sponsorship created an experience above and beyond consumer expectation and lead to brand advocacy, word of mouth and purchase intent 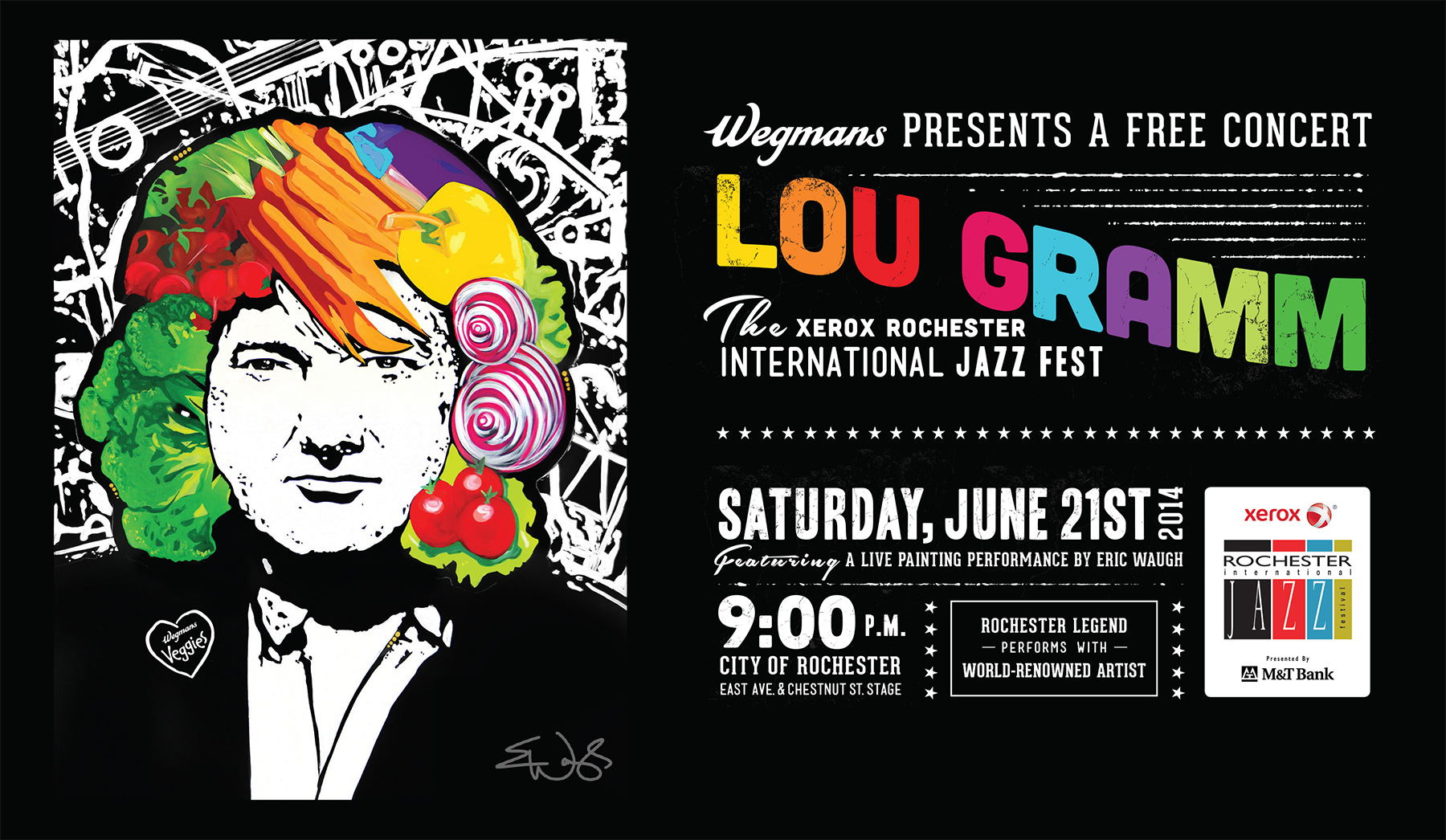 Under the theme Veggies Rock! We rolled up our sleeves and went to work. From blueprints to Lou prints, we brought the event to life, collaborating with talented designers and builders to ensure that all elements were delivered on time and on target. It started with some early buzz for the event with a retro concert poster of the Foreigner front-man rocking a medley of vegetables for a hairdo. We auctioned off the original painting for charity, as the limited-edition posters became a must-have for local Lou fans, with “Veggie Lou” posters and t-shirts sold at the event. 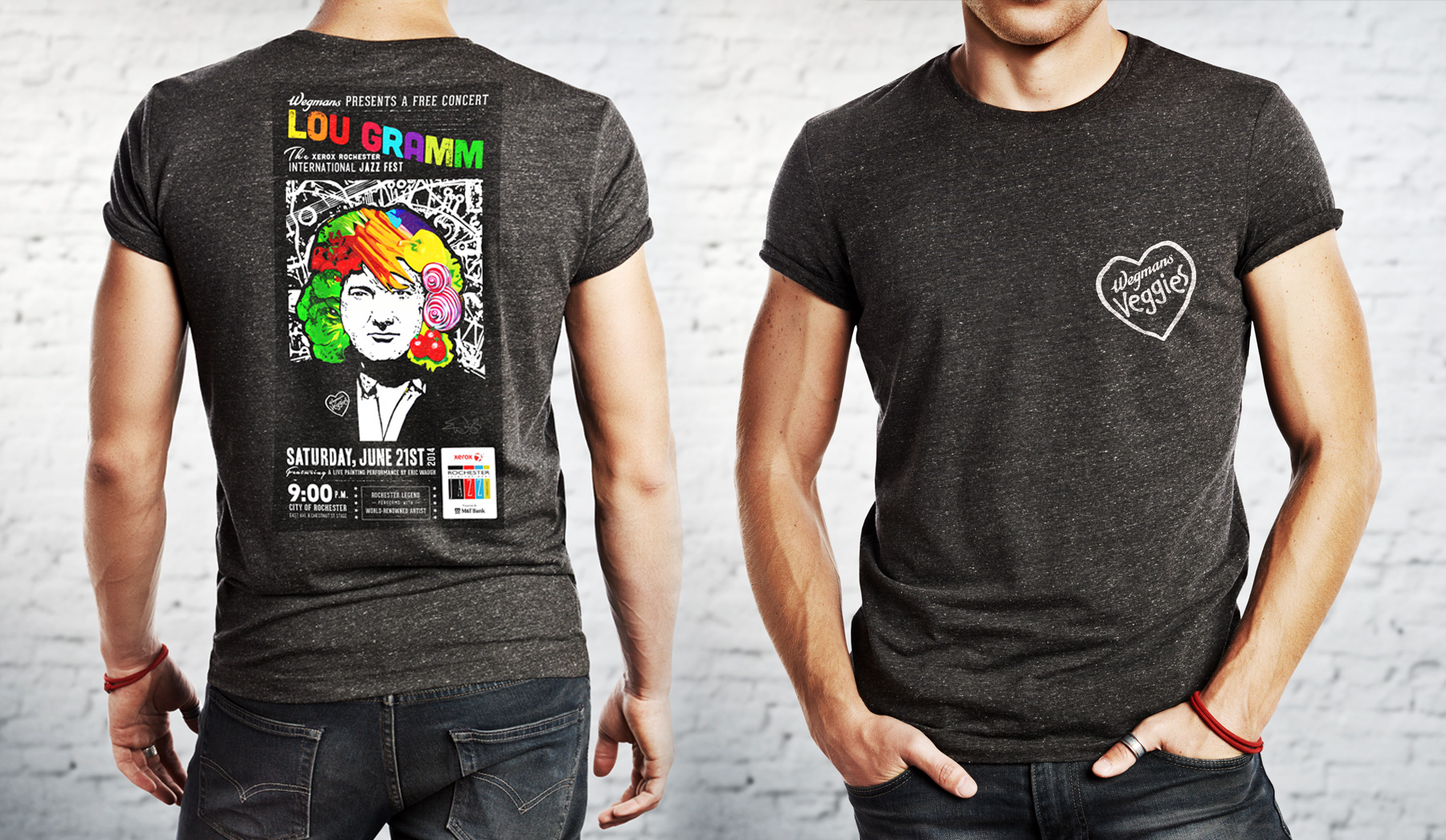 During the show, famed artist Eric Waugh joined the band onstage and painted a giant canvas of vegetables and musical instruments, a 75-minute flurry of color adding incredible vibrancy and energy to the show that electrified the crowd. The performance not only broke records, but it blew a few minds as well, according to the local media who converged on the event to get the scoop and further promotion.

Cooling Off The Crowd

Along with the music and art, Mother Nature’s performance was also a real scorcher. Luckily, we had planned for this, with the Wegmans-hosted Veg Out Lounge, a pop-up recharging station JAY conceived and built so attendees could relax and recharge both body and battery. A welcome sight for those who’d been moving and grooving throughout the day and into the evening. To tie it all together, the amazing larger-than-life mural was disassembled and used as the décor on the walls of the lounge. So, wherever patrons sitting inside the lounge looked, they were reminded by their beloved Wegmans that veggies rock. 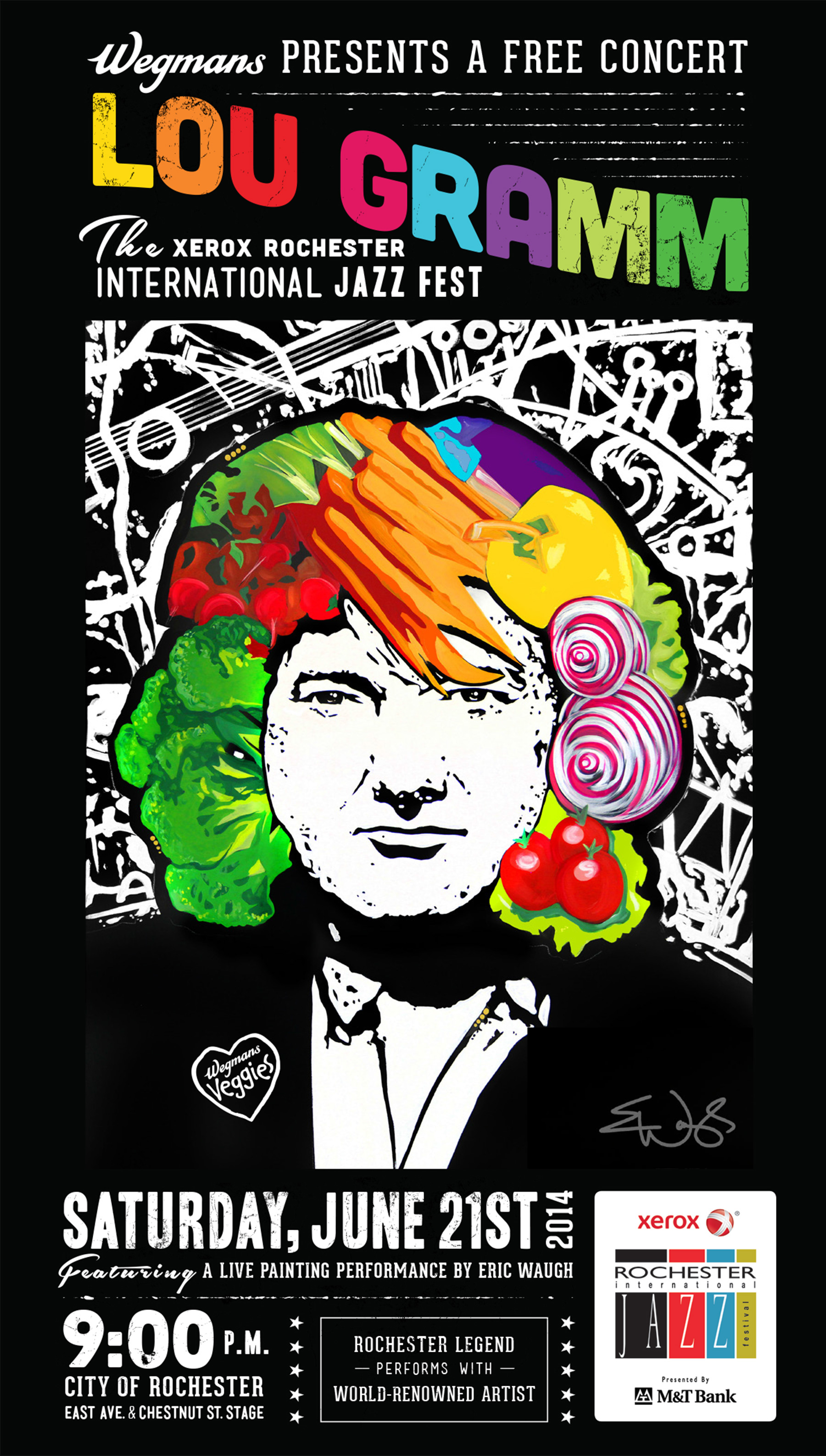